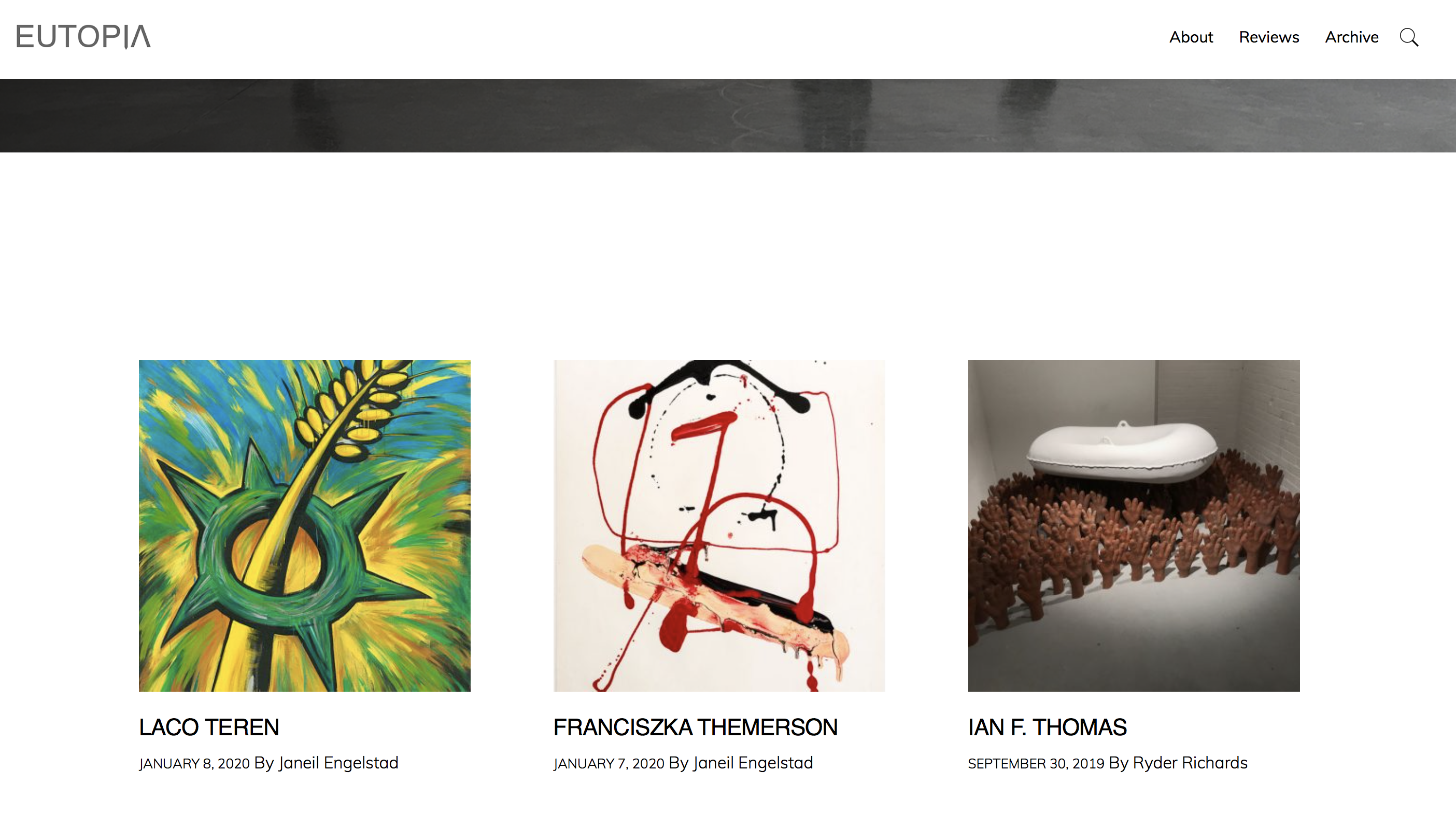 Laco Teren
Nothing Can Stop Us!
Slovak National Gallery, Bratislava, Slovakia
September 5, 2019 – January 12, 2020
Emerging in 1980s Czechoslovakia, as communism was coming to an end, Laco Teren turned socialist realism symbols, such as the wheat chaff, into an artistic statement that broke through the highly idealized style of the previous era. Lush, unbridled paintings burst forth from the canvas like the sun dawning on a new, post-socialist day. Later sculptures, more aware of themselves have, at times, less to say. Yet, overall, Teren’s meditations on life inspire and offer useful considerations as the promise of the post Cold War period devolves into the shaky politics of increased nationalism around the globe. ~ Janeil Engelstad

Franciszka Themerson
LifelinesLaźnia Centre For Contemporary Art, Gdańsk, PolandJuly 13 – November 13, 2019
One of the most appealing things about Franciszka Themerson’s work is the seriousness of execution infused with playful humor. With a wink and a nod, graphic, narrative drawings that slyly comment on people and society exhibit Themerson’s master use of line. Depth, however, is more often found in thickly layered paintings with a textural tension that pulls between figurative and abstract, inviting the formation of our own storylines. The exhibition, which includes work from the 1950s and 1960s, affirms the power of art that brings both introspection and joy and argues for wider recognition of Thermerson’s work in the US. ~ Janeil Engelstad